I visited Florida for a long weekend earlier this month, similar to my trip last year. My favorite day of this short vacation included a long bike ride from Sanibel Island to Captiva Island, on the southwest coast of the state. 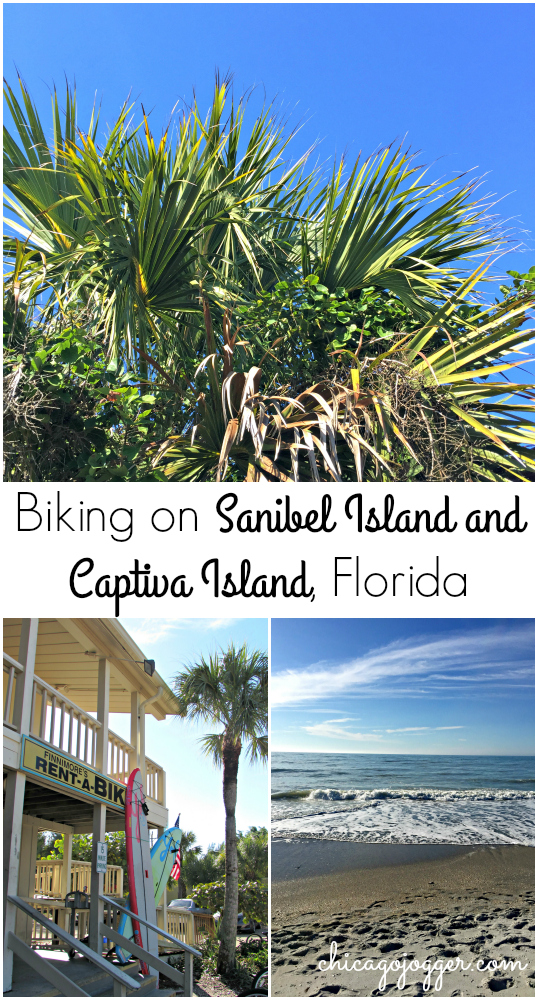 K and I had a crazy first travel day, after waking up at 4:30 am to catch an early flight to Ft. Lauderdale. I'm a somewhat nervous flyer, and never feel totally settled until I'm back on the ground so this was not my favorite experience. To start the day, we had a 3+ hour delay due to a maintenance issue on the plane. Things went smoothly once we finally got in the air, but that ended when we had to fly out into the Gulf of Mexico and around the state of Florida {south of Key West} to avoid a large and dangerous storm that brought heavy rain, low visibility, and tornadoes across the state. This added an hour to our flight time, and it was announced that we would need to land in a different city {Ft. Myers} because we were running out of fuel. Yikes. After landing, the pilot announced the entire airport had lost power due to the earlier storm. Thankfully we were able to fuel and fly to Ft. Lauderdale, to finally land 6 hours later than expected. After a 2 hour drive to our final destination, I was SO happy to see the beach the next morning! 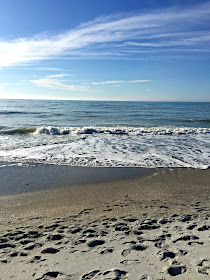 After spending a long day traveling and sedentary on an airplane, all I wanted to do was get outside and move. We decided to drive to Sanibel Island with K's parents the next day and bike in the sunshine. My goal was to spend the entire day outdoors. We rented bikes from Finnimore's Cycle Shop, at a very reasonable price {less than $25 for two bikes all afternoon}. I highly recommend it - nice people, good bike selection, and a basket to carry your personal items safely. 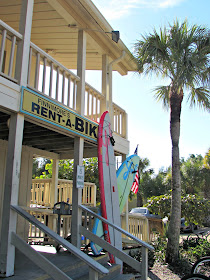 Sanibel Island has many miles of excellent bike trails, protected from the road. Check out the Sanibel Trails website for a map and more information on various trails. After biking around Sanibel Island, we stopped at the beach for a walk. 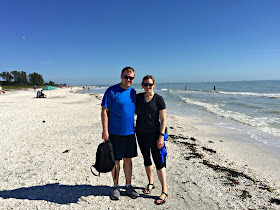 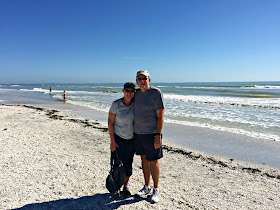 After walking on the beach, we biked back to the main drag of Sanibel Island and stopped for a late lunch al fresco at George & Wendy's Sanibel Seafood Grille. 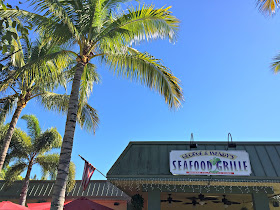 Lunch tasted SO good after moving this body all morning in the sun! I had a caesar spinach wrap with Grouper and slaw. Adding white fish to this wrap was so good, and I can't wait to re-create this at lunch home. The wrap was delicious. 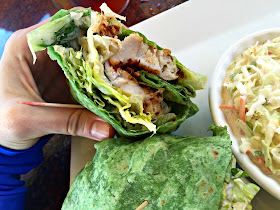 After lunch, K and I continued biking to Captiva Island. There are no separate trails once you get to Captiva, but there is a bike path on the Blind Pass bridge that connects Sanibel Island and Captiva Island. You can easy bike on the side of the road on Captiva Island with no problem. It's about ~10 miles to bike from Sanibel to Captiva. The weather was perfect and it was entertaining to check out wildlife {lots of birds, no gators unfortunately} and gorgeous homes. 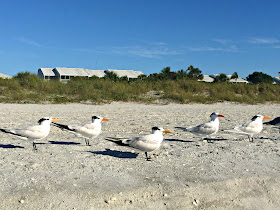 After finishing our ride, we took a long walk on the beach and had drinks near dusk at The Mucky Duck. Everyone else had the same idea since it was Saturday - the bar was packed! Thankfully we managed to snag a seat to sip and listen to live music. The Mucky Duck has a great outdoor patio that's basically ON the beach, as you can see. You can't get any better than this view. 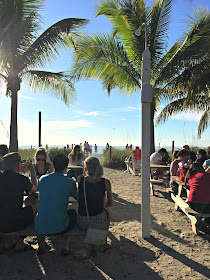 Are you traveling anywhere warm this winter?