I missed cheering for the Chicago Marathon runners on Sunday, but it was for good reason - I was up north in Door County {Wisconsin} for a long weekend, running the Run Wild Quarter Marathon race and visiting my favorite places on the peninsula before the villages slow down for the season. I'm working on a post with my favorite places to visit in Door County later this week, but first up is my race recap. 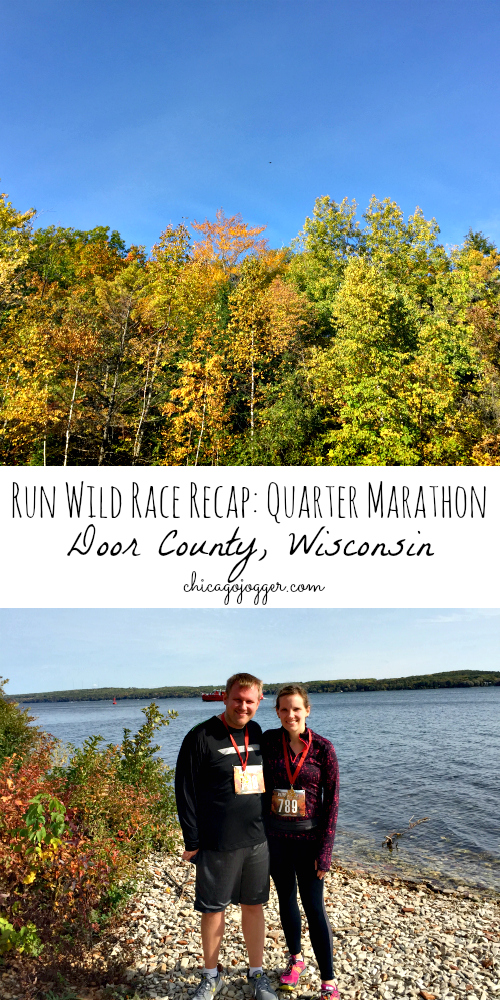 The Run Wild Quarter Marathon, 5k and Kids Fun Run is an annual race at Potawatomi State Park just outside Sturgeon Bay, Wisconsin. The 2015 race had 425 finishers, with the majority running the 5k. The Run Wild race benefits Friends of Potawatomi State Park. I love running smaller races! Packet pickup was a breeze {we picked up the morning of the race since it didn't start until 9:30 am} and the running crowd was super friendly. 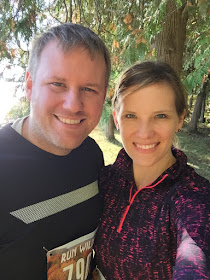 The race was my first time visiting Potawatomi State Park so I wasn't sure what to expect with the trail or elevation. We met the sweetest older gentleman before the race, while studying the course map to get our bearings in the park. Saturday's race was his 20th time participating in the Run Wild! Our new running friend warned us about two big hills with reassurances that the tail end of the run would include a downhill slope. 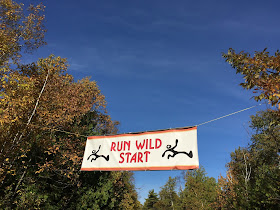 The Quarter Marathon {6.55 miles} and 5k started together with a cowbell and fog horn {no joke}. The entire course was paved and we saw a majority of the beautiful park during the race, including tree canopy for most of the course. It wasn't quite peak color over the weekend {it's expected within the next week} but there were beautiful gold and orange leaves peaking out in enough places to remind you that October is almost halfway over. 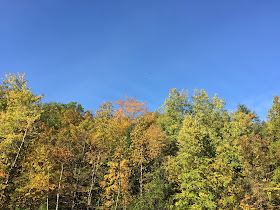 The weather on Saturday was absolutely perfect for running - sunny, blue skies and temperatures in the 50s during the race. Hill #1 was in the first mile and it wasn't too bad. Hill #2 was higher and longer starting at mile 3.5, which was more painful but we powered through. I was surprised to even pass a handful of people on the way up. Once we were at the top, there were beautiful water views of Sturgeon Bay in Lake Michigan through the trees. 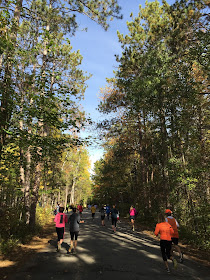 I was so happy we were done with hills after the second one - what goes up must come down! The course leveled off until mile 4.5, when the gentle downward slope began. We really picked up the pace at this point, and were able to shave ~20 seconds from our per mile average time in the last 2 miles. There were a few moments of steeper downgrade at the end and it was SO fun! I looked back at my pace on the route using the Nike+ app afterwards, and realized we ran sub-8 minute miles for parts of that section. I'm typically not a fast runner, but give me a few downhill slopes and gravity will speed things up quickly! 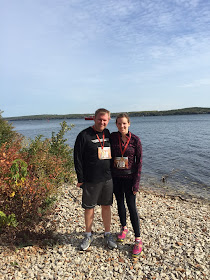 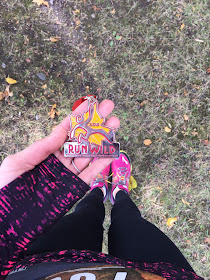 I loved traveling to Door County for this race and the course was beautiful - I highly recommend it!