I ran an 8k race this past weekend, the PAWS Chicago Run for Their Lives event. PAWS Chicago is a local no-kill animal shelter in the city, and the race is a fundraiser to benefit homeless pets. Donations from participants help the organization rescue many thousands of homeless kitties and dogs yearly. This cause is close to my heart, as I have a cat rescued from a local animal shelter. 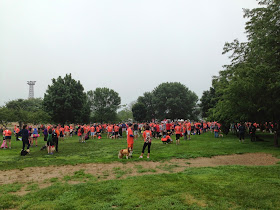 There was also a 4k walk that dogs could participate in with owners, and a Guinness World Record attempt for "The Most Dogs in Costumed Attire." I have never seen so many dressed up dogs. Halloween in June? I didn't snap photos of any cute dogs because I felt like a creepster, but I should have. Maybe next year. 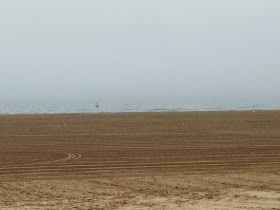 It was a crazy foggy, humid morning at Montrose Harbor before the race. As you can see, I could barely see the water from the edge of the beach due to the heavy fog. The race route went through the park path as well as along the lakefront path. Everything is so lush and green in the parks right now - due to all of the recent rain! 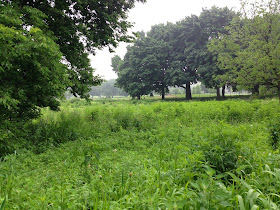 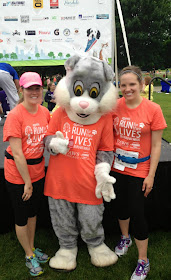