I made this soup during the cold spell we had last week, and it got better and better each day. I think K and I had four days worth of soup with this recipe! This was my first time cooking with barley, and I used Trader Joe's quick barley {it's more like 15 minute barley, fyi}. 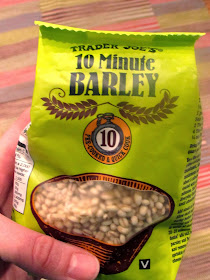 The wild rice cooks right in the soup while it's simmering, which is key. However, this is definitely a weekend soup for me with the extra time needed to cook the chicken in a slow cooker. 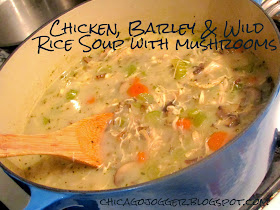